“Is Performance Max something we have to be a part of?” This is a question we have heard more often than just a few times at MCB.

The big topic in Google Ads circles right now is the new campaign format: Performance Max. Many advertisers and agencies are trying out the format right now, and the results and opinions are many and varied.

On the one hand, the attitude is that with Performance Max you give up too much of the control that we have been used to having with Google Ads, and we can not see in the same level of detail what works and what does not.

On the other hand, Performance Max is seen as a needed addition - in some cases even revolutionary to Google Ads - where machine learning and algorithms really come into their own.

So it can be really difficult as an advertiser to decide whether Performance Max is something to throw yourself into and to what extent. In addition, the campaign format is still characterized by the fact that it is new, so there are ongoing updates and new features that can be of enormous importance to the individual advertiser.

At MCB, we have so far learned that Performance Max generally does really well and creates a noticeable performance boost if used properly.

And with the diffuse introduction we will now try to help you answer the question: "Is Performance Max something I have to be a part of?

What is Performance Max?

Long story short, Performance Max is Google's most automated campaign format to date. You can read Google's own introduction to it but basically you go through a setup process where you define a goal, make some titles, descriptions, pictures and videos available, and define a target group, and then give the algorithm the keys and let it control the show from there.

The campaign puts the entire Google Ads inventory into play (Search, Shopping, Display, Gmail, etc.) and steals by far the most traffic from your other campaigns. And on top of that, you get other and fewer insights into the effectiveness of the campaign afterwards.

So it is a format that really divides the waters among advertisers - understandably so.

A paradigm shift in Google Ads

Some see Performance Max as the next step after Smart Shopping and as another significant advance towards full automation. However, this view must be taken into account.

It can be an unfortunate simplification of what Performance Max is and can be. Instead, we should revise the general perception of Google Ads and the way we have worked with the platform so far.

We have long been accustomed to working hard to find the right keywords, cross-referencing and structuring our advertising into the right campaigns and ad groups, but that is a thing of the past with Performance Max.

However, this does not mean that there are no ways to optimize a Performance Max campaign. Now the focus is primarily on creatives and target groups.

The campaign provides some limited but really interesting insights into the characteristics of the target groups who have seen, clicked, and bought. You can thus map the type of people who buy through your ads, and on the basis hyper-segment your targeting and expand your campaign with advertising material that is very specific and relevant.

It is an approach that we work with at MCB that works - and it works well! 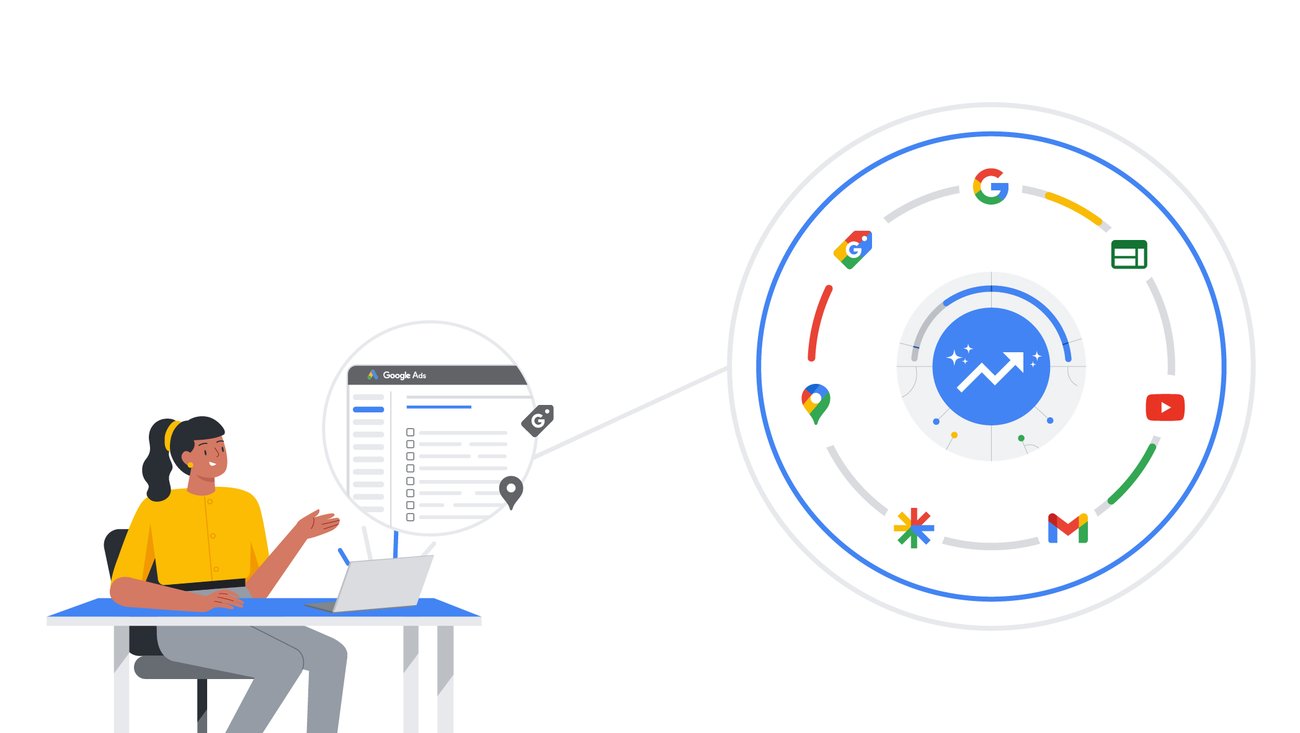 An old phrase - We know - but it is important to understand that a Performance Max campaign will never be better than the advertising assets you give it. So it pays to be careful when building your asset groups - to write the right texts, to have proper, professional images and to make relevant video. Because it is largely the advertising assets that the algorithm is based on when an ad is displayed.

This is not to say that you have to invest hundreds of thousands in a movie crew to produce multiple videos of your products, but you should for all intents and purposes avoid Google Ads' own auto-generated videos, which are put into play if you do not add videos yourself. It can give toe-curving results.

But the fast, informal shots with the phone can also go a long way - especially if authenticity and closeness are important to you.

The most important thing is just that you do not neglect the content and that you continuously evaluate and optimize it.

So is Performance Max for you?

It is very likely that it is a good idea and in any case you should try it out.

Because even though there is plenty of opportunity to geek out with target groups and continuously optimize targeting and relevance, you can go a long way with a simple setup, and can thus spend the time you used to find keywords and bid adjustments through, in a more analytical and strategic work with Google Ads and its digital marketing in general.

If you already have a well-run Google Ads account then select specific brands, geographic areas or whatever makes sense to your situation and set up a Performance Max campaign based on that. You should not pause your other campaigns but expect their effectiveness to decline because P-Max steals most of the show.

We have to admit that the algorithms have gradually reached a pretty good level when it comes to Google Ads so why not play them as good as possible using Performance Max? Automation will not take up less space in the future, and although P-Max reaches an enormous number of exposures (due to the fact that the entire Google platform is in use), we find that CTR is often relatively high and ROAS is on a par or better than the account average. So our recommendation is often that it makes sense to jump on the Performance Max wave now, so you secure a good place up front.

Obviously, if your monthly Google Ads revenue is 7-8 digits and you spend a lot of time and energy optimizing your account, then you should not completely surrender to Performance Maz - instead it will still make sense to maintain a significant amount of control. But for many advertisers who have some sensible advertising assets available, Performance Max will very well be able to increase efficiency and open up some new and exciting opportunities in Google Ads.

Post-corona. Mid-inflation. Pre-black friday. Headwind on Facebook and Google Ads. Does that sound familiar? These are challenges for many at the moment. Read here where we try to help you through.

3 reasons why Shopify is a strong ecommerce platform

Shopify is a Canadian webshop system that includes hosting, CMS, order system and CRM system. Shopify is a great platform for start-ups, but is also used when large companies need to scale.

HubSpot is a world in itself - and that world is full of possibilities. This is not just a platform that is phenomenal for e-mail marketing, or that makes it easy to keep track of customers. HubSpot is so much more than that!